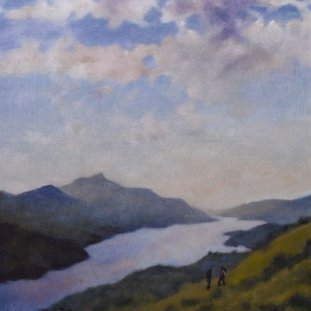 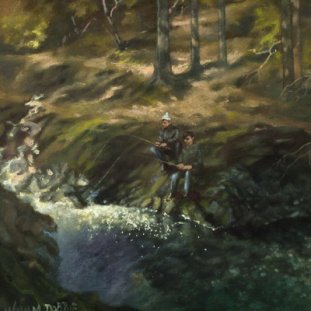 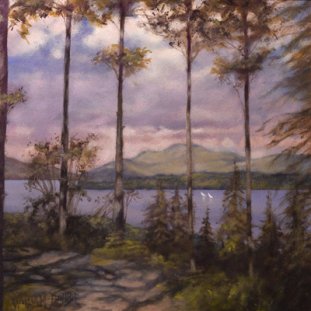 William Dobbie was born in Glasgow, Scotland’s largest city; world famous for its…

…shipbuilding. Growing up here on the banks of the River Clyde, where the Queen Mary and the most famous tall ship of all, the Cutty Shark were built, he found himself in love with and inspired by a rich maritime heritage.
His artistic abilities were recognised at an early stage, winning him gold and silver medals for art while still at school. Following his graduation from the Glasgow School of Art, he began to build an impressive reputation at home and internationally. His original work can be seen in the board rooms of major brewing companies, national charities and advertising agencies as well as in the homes of lovers of fine paintings.
He was the Official Artist to the Tall Ships’ visit to the Clyde in 1999 and again on their return visit to the Clyde in 2011. Following a major health challenge in 2013, his recent exhibitions include the Royal Gourock Yacht Club in 2014, the Tall Ship at Riverside in 2015 and The Boarding House at Howwood in 2016 and marks a return to form of one of Scotland’s most renowned artists.