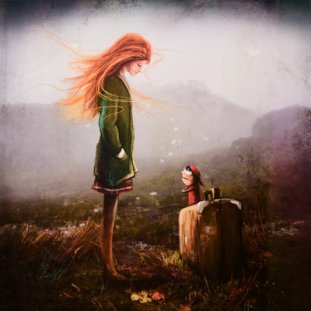 Take Me to the Castle

Matylda Konecka is an artist from Wrocław (Poland), born into an…

…established and respected family of artists. She graduated from Landscape Architecture at the Wrocław University of Environmental and Life Sciences. Moving to the UK in 2010 she set up her art studio in a 19th century Victorian vicarage,and soon became one of Scotland’s best selling illustrators. In 2016 she was listed as one of Poland’s top 5 female artists.

She has been awarded prizes in several major competitions, and has had a number of individual and group exhibitions throughout Europe. She has also designed album covers for several well established musicians and bands.