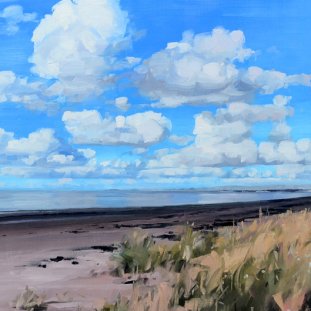 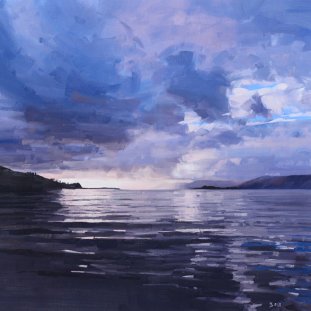 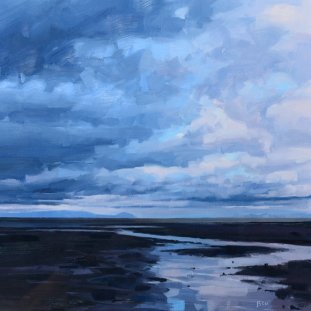 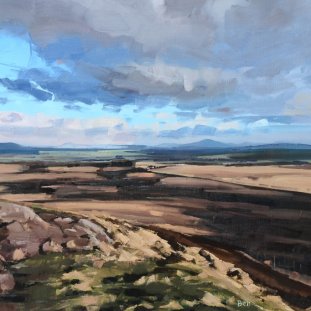 John Bell was born in Ayr, in 1968 and was brought up in Fife. He painted from…

…a young age but chose to pursue a career in Architecture, graduating from The Mackintosh School of Architecture in Glasgow in 1993. He has worked as an architect since then but has continued to paint and exhibit work having undergone further study at Glasgow School of Art.

John paints landscapes and seascapes around Scotland, often along the Ayrshire coast near his home in Troon and the coast of Fife. Whether he is painting a street or a harbour or an expansive shoreline, his carefully composed oil paintings are always atmospheric. He is interested in the extremes of light and colour in the Scottish landscape but his colours are often subtle, reflecting the coolness of the northern light. He is interested in the influence of the constantly changing weather, which can transform the mood in a moment. The sky often dominates his paintings and he uses bold brushwork to express the form and movement of cloud.