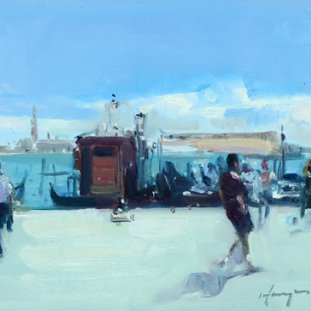 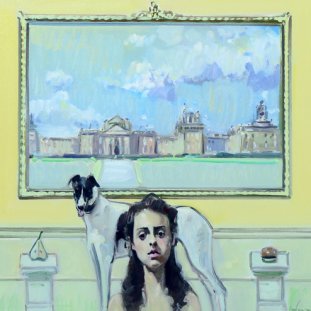 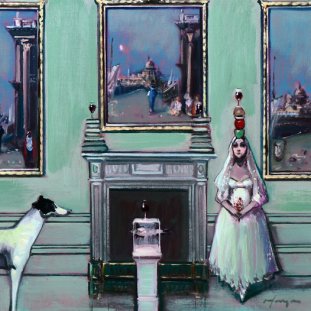 Joe Hargan was born in Glasgow in 1952. He studied drawing and painting at the Glasgow School of Art from 1970 – 74, under such influential…

Joe is widely recognised as one of the most talented and distinguished painters living and working in Scotland today. His work has been awarded prizes right from the very beginning of his career – he won the Painting Prize whilst still at Glasgow School of Art in1972 – right up to the present day, recently winning The Richmondhill Gallery Award in 2005. His contribution to contemporary Scottish painting was recognised in 1996 with the award of the prestigious Paisley Art Institute Diploma.

His work and characters have become instantly recognizable and are much loved by art collectors, with the character ‘Sniffy’ making regular appearances. Much has been written about the symbolism and meaning of his work, but the constant, which underpins it all, is the phenomenal quality of the painting.

His work is widely shown in exhibition, winning prizes regularly, and is held in private and corporate collections around the world.