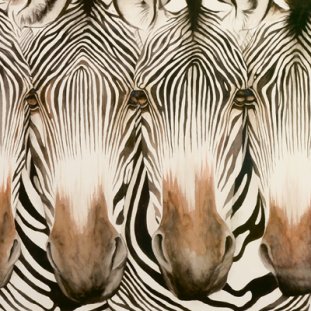 Award winning artist Dominique Salm is an internationally acclaimed artist who, having exhibited regularly in…

…London and New York, is quickly becoming sought after with requests to show her work in both private and public collections worldwide including Paris and California.
Her remarkably naturalistic portraits have an almost snap-shot quality, showing her unique ability to capture the personality, charm and grace of each animal whilst imparting humour and character to many of her pieces. “I have always seen the human side in animals – the way they make you laugh or sympathise with them with an action or expression. I’m often on location, most frequently in Africa, and will spend hours studying each subject. For me, it’s all about capturing a single moment.”
Dominique was shortlisted for the David Shepherd Wildlife Artist of the Year in both 2008 and 2010. She was also the winner of the 2009 BBC Wildlife Artist of the Year, World Mammals category.
Dominique also regularly contributes her work to many wildlife charities. In 2010 she was asked to design one of the elephants for the London Elephant Parade which the charity Traffic chose to sponsor and which was later sold at auction for £14,000. The same year, she donated a painting to Tusk Trust which was featured in Sir Timothy Ackroyd’s new book and was sold at their auction at Christies. More recently, her work has been sponsored by Snow Leopard Vodka which is involved in the conservation of the Snow Leopard by donating 15% of all their sales to the Snow Leopard Trust.