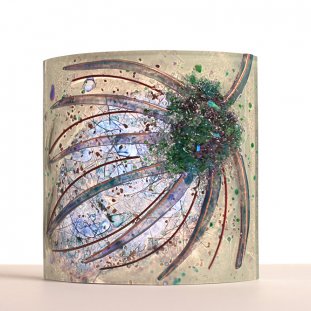 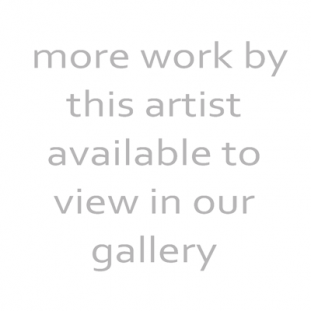 …large design companies in London. A few years later she moved to Edinburgh where she worked in various design companies but eventually became freelance dsigner and a lecturer at Edinburgh College of Art. Bobbie interest in glass came from a compelling need to develop her creativity outwith the constraints of the design world and she was inspired by seeing the glass created by ECA students. Over the past ten years she has been developed her skills, at her home in Ceres, Fife, where creating her unique range of contemporary glass has become her main creative activity. She has developed over the years a process of using coloured enamels and tack fusing which now plays a central part of the creative process. Many experiments, using metal leaf, chemicals, plant matter and anything else that interests Bobbie has resulted in a fusion of colours and textures. ‘It’s an ongoing process of discovery and pleasure to see how a piece turns out when I open the kiln’. Her inspiration is nature and the sea in particular, harping back to her days as a child climbing the cliffs and wandering the beaches of Cornwall where she was brought up from the age of eleven. Since moving to Ceres in Fife Bobbie has built her own glass studio and over the years has exhibited at Pittenweem Arts Festival, North Fife Open Studios and is now exhibiting work in numerous galleries